I want a great cover. What is that, anyway? 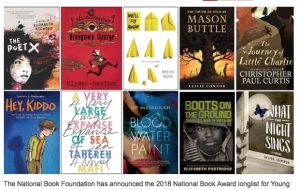 Everybody wants a great cover on their book. That's a few things at once, the greatness.

Creating a cover concept meets one or more of those needs. If the cover does none of those things well, you won't know until the book goes on sale, or when your novel is considered for review coverage, or when it gets its shot to be stocked in a retail store, or selected for the email promotion you've applied for. (Yes, the best promotions have a waiting list.)

See all the things a cover does? It's even more complex when you factor in your writing style, genre, and subject. What you don't want to do while building a cover, though, is to mistake whatever you've written for the cover your book needs and deserves. Your writing might be powerful, but your writing doesn't have to capture a reader in five seconds. A good cover must do that.

Your publisher — whether it's you, or a company that's paying you to publish your book — will be constrained by cover budget. Good covers start around $450. Great covers can be as expensive as $2,500. Covers come from cover designers, people who can Do This All Day, this cover magic. Cover designers won't say, "Well, that's good enough, isn't it?"

It's not difficult to see the difference, side by side.

Both books won notable awards for literary fiction. One had an independent self-publisher. The other was built for the Literary Industrial Complex, where sales and buzz matter most.

Book covers are a matter of taste, and they're also something that calls authors to the ramparts to battle over. Not That Cover is an argument often made by an author. "It misrepresents my story," the author might say. The publishing pros can retort, "Yes, you think it does. But it also makes readers stop and consider it. It's beautiful. And it doesn't make the mistake of being so abstract it can't tell any story, or so specific that it acts like a table of contents or a synopsis."

Those are not the things a great cover is supposed to do. Essence is the element you want to capture. Worst of all might be the kind of cover that does that abstraction mistake, plus telling a story in so much detail it's mysterious.

My own, self-designed cover from my debut novel Viral Times did that. 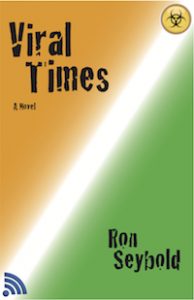 "See, the icon at the bottom indicates the SexNet, where the virtual hook-ups happen. The icon on the top right is the virus that gets transmitted over that network. The green area represents health using natural cures for virus infections. The orange represents the toxic nature of the Mighty Hand virus."

Or something like that. You don't get to explain your cover. It's supposed to captivate and express emotion.

My re-do (circa 2015) is still a DIY, even though I designed for print for more than 30 years. It's got its problems, the biggest one being that it relies on a photo image. Photos are not in vogue today. 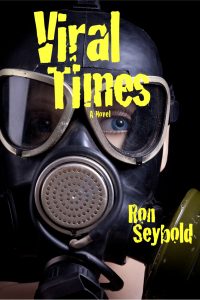 At least you can see a person in some danger there. I'm letting the title do all the rest of the work. Still, not a pro cover. I hired out for the next book's cover and got a great job for good value. It's nonfiction, though, and it behaves by different rules. You must still be subtle in a nonfiction book. Sometimes you get lucky and there's a story theme that makes itself obvious to everyone. At other times, the visual theme is the star itself. 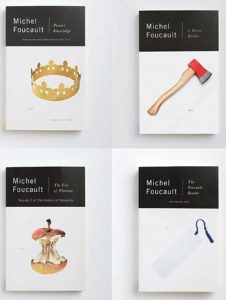 I'm proud of the Stealing Home memoir cover that I hired Asya Blue to create. I got comps (different ideas to consider) from her — plus so much input on her tuning of the art.  Yes, it's art, to build a cover. Because I self-published, I was the ultimate decision-maker. I needed that, but you may not. Whatever that cover does is ultimately my call. Or as generous artists sometimes say after a collaboration, "Whatever's not working is my fault. The best stuff came from the others."

Hire a pro and set your cover expectations higher. Engage with someone who can Do This All Day, because they have, and for years. 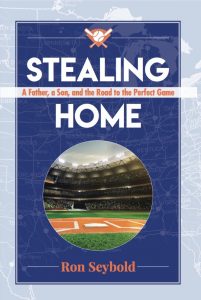