Is it National Doughnut Day? 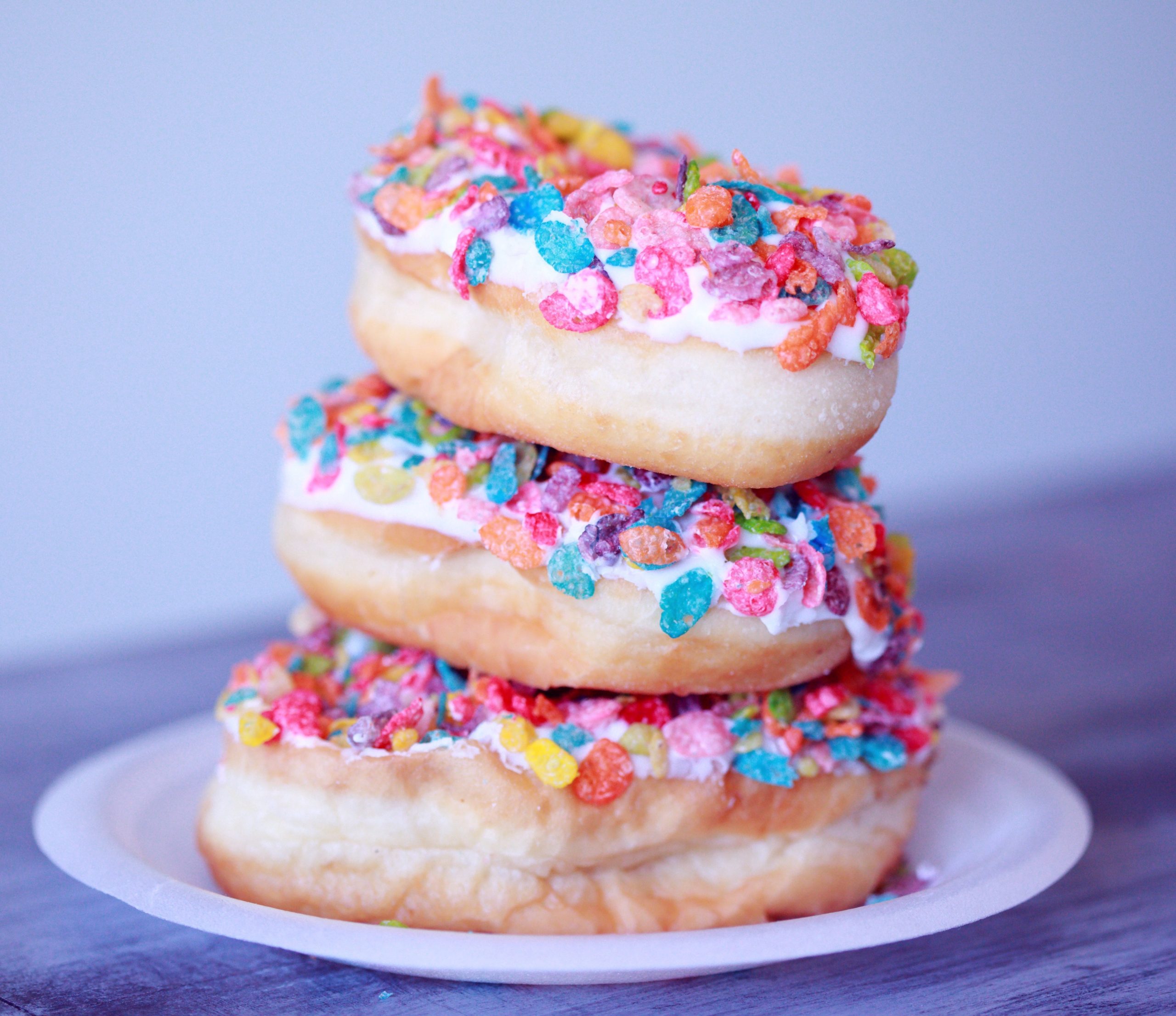 Marketing companies create national days. We enjoy a Secretaries Day, National Golden Retriever Day, and even a National Take Your Dog to Work Day (make plans to give Sparky a seat in your bedroom office on June 25).

Today is National Donut Day. But is it really spelled and styled that way? The question offers a look at three facets of copyediting: style, house-style, and usage. They all play a part in what that delicious treat looks like on a page of text.

On to the doughnuts. Webster's Seventh has but one entry for the "small, usu. ring-shaped cake fried in fat." It's doughnut, using that spelling and style so we don't mistake the treat with donuts you spin in the snowy parking lot with the car.

Webster's only reports on language, though, like every dictionary. Language, as written in books and articles, establishes what the dictionary reports. This is how more than one spelling on this national day exists. No matter what Webster's says, the comprehensive websites use donut for this day.

Webster's reports on written language as an authorities on usage. Style, in contrast, is a matter of how you apply language to written instances. You spell out numbers at the start of sentences. US is the preferred abbreviation of the United States, but U.S. is permitted.

House-style is a publisher's rulebook for punctuation and spelling. Anything not commonplace (there's usage again) needs to be put into a style book. That keeps the expressions consistent, which is the most important element of styling text.

That last part, the consistency, can be tough. Even the real pros have moments when they must deviate. Doughnut Day isn't spelled that way at Shipley's Donuts. However, they also use Donut and Do-Nut interchangeably — mostly because the founder, in the 1930s, exhorted the world to love "do-nuts" in early marketing copy.

Matters of whether to include a hyphen in air-conditioned, or putting an en dash (a little longer than a hyphen) between numerals for a score, all become things to turn to The Chicago Manual of Style to settle. Or other style guides, such as the AP, or the APA, or the MLA.

Making a house-style guide begins with the author, because a book contains proper names whose spellings must be consistent. There's also keeping characters in line by using the same name in different scenes. It's a good practice to give your copyeditor a working house-style guide with place and person names. The more time you can save your editor, the better job they'll do on things that might vex you, like question marks. You use periods instead of question marks when you know the answer to a statement, don't you. Like that. Or whether you capitalize the word "it" in the headline above. (You don't, since the line works as a sentence.) Or when to italicize works of art and when to surround them with quote marks.

Go enjoy a doughnut today, or follow more common usage and buy a half-dozen donuts from Dunkin' or Horton's. Or if Shipley's is your jam, take home a few raspberry do-nuts.

Photo by Heather Ford on Unsplash